Old Fitzgerald 9 Year Old Bottled-In-Bond is a series from Heaven Hill Distillery. This series features bourbons that have been Bottled-In-Bond under the Old Fitzgerald label. The age of the bourbon varies with each edition, this one being aged 9 years and from barrels from March 2011, and bottled in March of 2020. The Old Fitzgerald classic style decanter, inspired by their 1950’s diamond decanter, is emboldened by their green label, indicative of their Spring Releases, whereas the Fall Releases have the black label

From a mash bill 75% Corn, 20% Wheat and 5% Malted Barley, these Old Fitzgeralds also come labelled ‘Bottled in Bond’ – hence, they must be aged for over four years instead of just three, thus meeting the standards of the ‘Bottled in Bond Act of 1897.’ The act also requires that the whiskey be a product of the grain of a single season, made by one distiller at a single distillery, and aged in a federal government-bonded warehouse. The act came as a response to the widespread adulteration in American whiskey around the late 19th century. It was an attempt by the federal government to guarantee the spirit’s authenticity.

Grain takes pride of place here, with kettle corn, honey peanuts, and corn muffin on the nose, as well as milk chocolate, licorice root, blueberry jam, cinnamon, allspice, and brown sugar. More sweet grain and nuts on the palate, along with blueberry, fresh ginger, cinnamon, and a hint of mint. Add some water to lift the veil on the more subtle flavors. The rounded finish continues with nutty sweetness, milk chocolate, and well-integrated oak. Excellent balance.” – 92/100, Whisky Advocate

Do they still make Old Fitzgerald?

Old Fitzgerald is a brand of rye whiskey produced by Heaven Hill. Production of Old Fitzgerald started in 1868 under the ownership of William P. Kinsley at his Bernheim Distillery, which he purchased in 1867. Diageo acquired the company in 1999 and introduced Old Fitzgerald as a signature product launched by Diageo’s international brands group back in 2005 at long last.

In 1999, Diageo sold the brand, along with the Bernheim Distillery, to Heaven Hill, which currently produces and markets Old Fitzgerald.

How much is very Old Fitzgerald 9 Year Old worth? 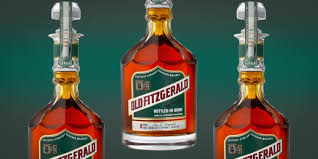 How much does Old Fitzgerald cost? If you are looking for a bottle of Old Fitzgerald, you will be faced with the option to buy it at $250 to $500 per bottle. High-quality bottles can sell for much more than this price. You may want to consider bidding on a bottle if your budget allows.
Where is Heaven Hill distillery? 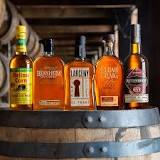 Heaven Hill Bourbon distills single malt whiskey and grain spirits from the woodlands of Kentucky. To produce its world-class brands, Heaven Hill operates a number of distilleries across America. The most attention-grabbing of these is located in Bardstown, Kentucky at the Heaven Hill Bourbon Heritage Center.

You must be 18 years of age or older to view page. Please verify your age to enter.